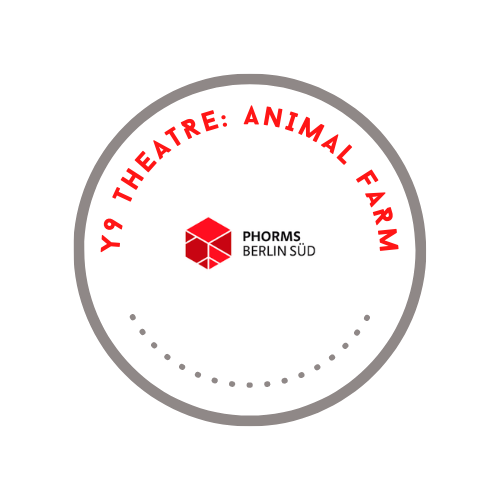 Can animals on a farm symbolize something deeper about politics?

On Monday, Year 9A and 9B saw the play Animal Farm. The play, based on the book by George Orwell, was very creative in a lot of aspects. They used a little amount of props and cast members. Though a serious topic, the actors used humour to capture the attention of the viewers. At the beginning, you see animals creating a plan to overthrow their controlling farmer. Over time, they become corrupted and the pigs become authoritative figures. At the end of the story (spoiler!) the animals can’t tell the difference between the humans and the pigs. We learned a lot about what can happen when too much power goes to a single entity or individual. We should make equity a priority and think about how everyone can have a voice.